I’ve told you about my dealings with hashimoto’s, and how I’m trying to regain my health and fitness with the help of my Fitbit. So what is a Fitbit, anyway?

is a small pedometer, held in a bracelet, that you wear 24/7. It counts the amount of steps you take in a day, calories burned, and monitors how you sleep.  It also allows you to record a host of other things such as weight, water intake, and blood pressure (you need to manually enter all of these). I got my Fitbit about 5 weeks ago. The first week of wearing it I aimed for 5,000 steps a day, thinking 5,000 didn’t sound like a lot. Well, I was in for a rude awaking, because it was much harder than I expected. After months/years of conserving my energy, walking 5,000 steps every day was a shock to the system! I did manage to get my goal most days, and over the next couple of weeks increased my goal to 10,000.

What a difference 5 short weeks have made. Before this, I was feeling sluggish and lazy, often choosing to sit around instead of taking the boys for a walk. Now, because my energy has obviously increased, and I want to hit my daily target, I am much more likely to move. I do still have bad days, but the good are outnumbering them 10 to 1.

So you set you goal on your Fitbit Flex, mine is 10,000, and each time you meet 20% of you goal a light illuminates to give feedback on how you’re progressing. I try to have two lights up by lunch, 4,000 steps. After you’ve met your goal and five lights appear, the Fitbit vibrates for a few seconds, to congratulate you. Even after 5 weeks of nightly vibrating, I get a small fright every time! 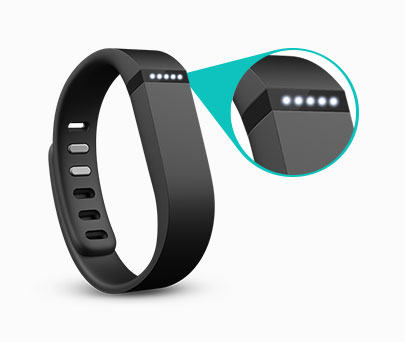 You can look at all your information and stats on your computer, but the smart phone app is much handier. One of the things I like about the Fitbit, is the leader board. There’s mine below. It shows my friends in order of most steps to least over the last 7 days (This is last weeks leader board, this week I am in the lead. Yay me!). See my friend, The Most Exercised Person, has beaten me? We are usually close on steps, sometimes she’s in front, sometimes me. We both have goals of 10,000 steps a day. When she’s in the lead, I am slightly more motivated to walk. Funny how the competitiveness comes out. My other friends have lower goals, maybe 5,000 steps a day. So even though I am higher than them, they could be still meeting their goals, or not! If not ladies…  Get Off Your Butts!! (Helpful motivation supplied free of change from your ‘friend’ IrishMum, thank me later) 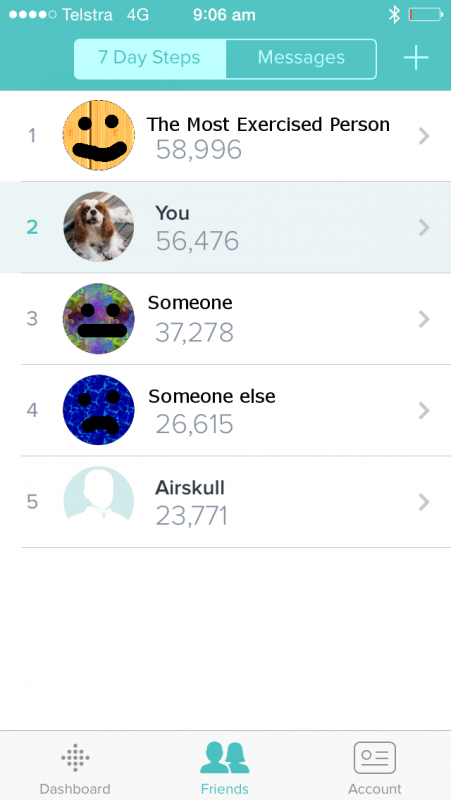 BTW none of my friends are that scarily ugly. I asked IrishCyborg to blank out their pictures and names and this is what he came up with. See how they all get more unhappy with the fewer steps they have?  No. 4 might even cry. That kid cracks me up!

The last ‘person’ on my leader board is AirSkull. That’s another Fitbit Flex we got to see how much my kids and IrishDev step, just out of interest. I could have given them mine for a few days each, but I’m a little addicted to clocking MY steps, so I don’t want to take it off. I haven’t synced the AirSkull’s Fitbit in a few days, so the steps aren’t updated. I believe the Fitbit can store up to seven days worth of information before needing to be synced, but I could be wrong about that. Ha!

You can nudge your friends in the right direction by taunting them when they aren’t doing so well, or if you are beating them. 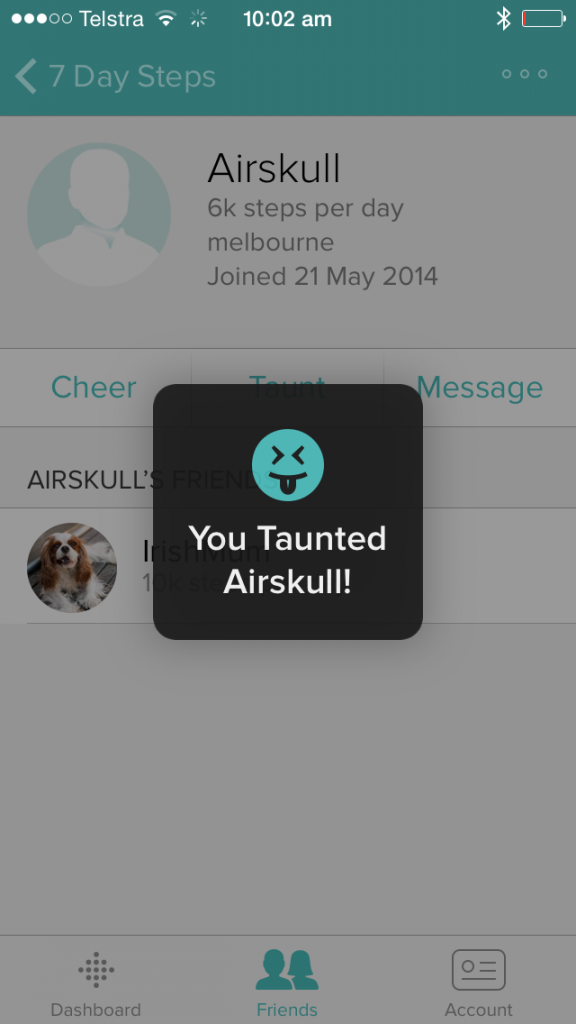 And congratulate them on a good step day or week, or cheer them just for the hell of it. I love giving and receiving cheers. 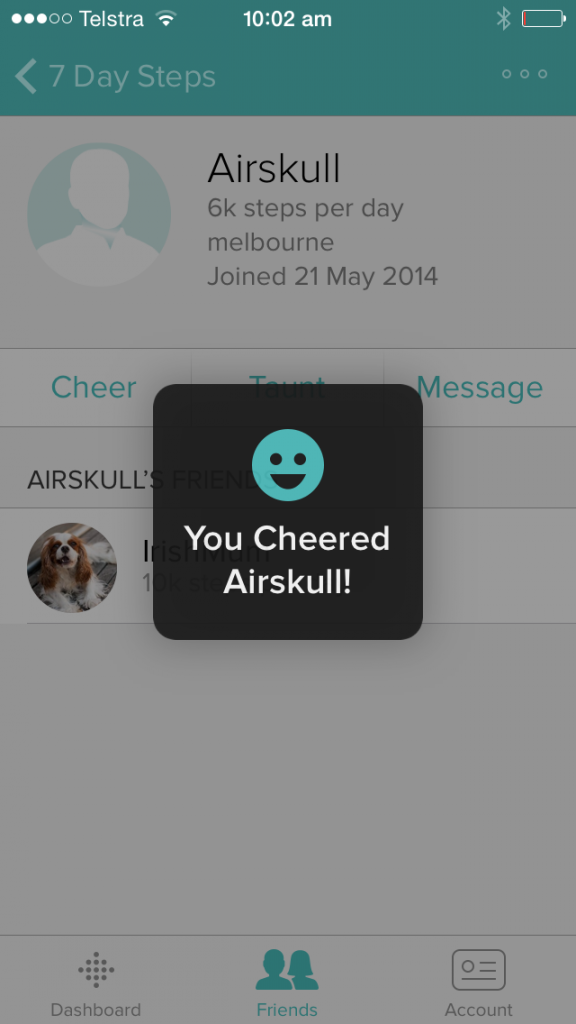 Now, my proudest Fitbit Flex day to date was Sunday. I woke up with lots of energy, not usual for me anymore, and after a long walk with the boys I had energy to burn. So after I served up dinner, I left the lads to eat up and clean up, and I went for a walk. I have gotten quite used to this evening walk. I listen to audio books, and the time flies by, and the steps fly in! I did suffer the next day from stiff joints, and more tiredness then normal, but it was worth it for 20,000 steps. 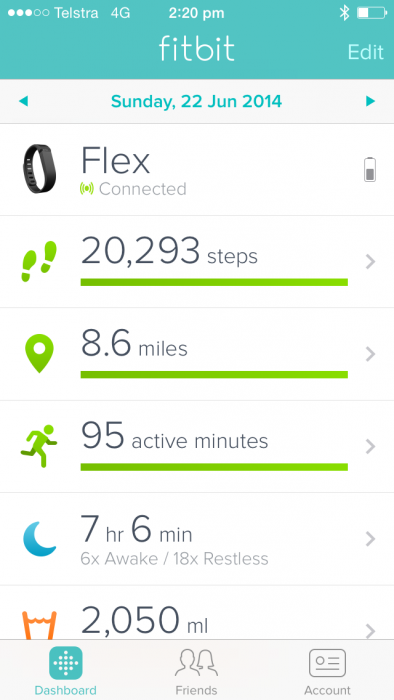 Anyone else use a Fitbit, or would you be bothered with one?