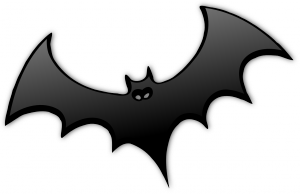 Cyborg was supposed to have his post finished before me, but he got detained by our mother’s frenzy for print-making, so I’m first.

The school books I have been reading are all classics, since my mother wants us to be well-read in old boring books. I’m going to review some of them from my perspective, starting with my favourite.

As you may have guessed from the title of this post, the book in question is Dracula. This was one of the first Vampire novels, drawing on ideas from Romanian folklore. I believe that I am right in asserting that every vampire story in modern times draws, at least indirectly, from this book.

While this book is my favorite classic, it is still written in a style that would be considered strange today. To be honest, the style was a bit strange back when it was published. Modern stories are usually written in third-person, when a disembodied narrator is hovering around a character, and is privy to all of that character’s thoughts.

Dracula is written as a compilation of diary entries, letters, telegraph messages, and the occasional newspaper article, written by the characters after the events have occurred. I found it easy enough after the first chapter, since the entries waffle on for ages, making the book seem more like a series of first-person stories, a less used, but common style.

Dracula himself is different from modern opinion. For example, he doesn’t burn up in sunlight! One of the most fundamental vampire weaknesses, and Dracula doesn’t even care! He even visits the zoo in broad daylight, to see the wolf (no sinister plot there, guaranteed!). Admittedly, he does usually need to sleep during the day, but that’s far cry from incineration.

He has other more vampire-y traits, like the ability to turn into mist, a bat, or a large black dog, and has the power to command wolves (nothing to do with his day trip to the zoo).

Listing all his powers would be long and boring, I’ll just say he’s superman, only evil. Luckily, the heroes are able to combine ancient mysticism with modern science, and (spoiler alert) kill Dracula.

This is definitely the best vampire book in existence, surpassing all others. (Yes, even Twilight. I’ve read the series. No prizes for guessing which story I preferred.) 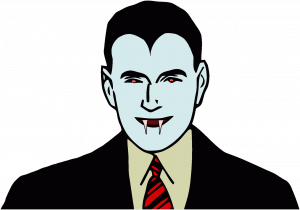